All I Had To Do Was Try for Three Decades.

In 2023, Unsolicited Press will publish As Far as You Can Go Before You Have to Come Back — the novel for which I wrote the first sentence in 1993: “I was watching myself from beside myself.”

Over the three decades spent pursuing publication, I’ve gone from, “This has to be an Oprah book and a movie or I’ll perish,” to: “I’ll be thrilled if it’s published by anyone but me.”

Two weeks ago, when I signed my contract, my 14-year-old son asked, “Is publishing this book on your bucket list?”

I said, “Publishing this book is my bucket list.”

The times were ripe for My Work. As Far as You Can Go told the story of an incest survivor who steals $10,000 from her abusive parents and runs away to Asia, only to have her disaster way of dealing with life follow her there. Taking on a tai chi practice, she begins another journey, one to find the self-respect ripped from her as a child and the healthy sexuality she craves.

I received an offer from a press that turned into offers from three presses.

It took eight years of writing for a 10-hour stretch every weekend — Friday evening until dawn on Saturday — and two writing groups reading ten pages a week (neither of which finished the book before folding or kicking out me and As Far) until I had a draft ready to send to agents. The first agent to whom I submitted asked to see the full manuscript. I was so thrilled that I called my now-husband and shrieked the only words I could muster (“Full manuscript!”) several times into his answering machine; proof of how far back this undertaking goes).

A month later, the agent turned me down.

It took four months until I felt brave enough to send to another agent.

I’d put my soul out there and she’d stepped on it. I didn’t have the perspective to see that it was just business. I leapt into someone else’s business decision and made it about me.

I was over rejection. It was all the numbers: 35% of the agents I sent the requisite 50 pages to asked to see a partial or full. I received not one offer.

It was clear that something was resonating in the opening pages that wasn’t fulfilled by the rest of the book. I took the hit to my ego with relative equanimity and ceased submitting while I worked with Carole L. Glickfeld, who was fresh off winning The Washington State Book Award for her novel, Swimming to the Ocean. (Lovely novel. Read.) After two robust edits guided by Carole, I felt ready.

In the airport in Chiang Mai, Thailand, checking email before our hop of a flight to Siem Reap, Cambodia, I received a request for the full manuscript from the agent who, six months later, offered me representation. By the time she had my manuscript renamed Wave Hands Like Clouds and had it ready to send to publishers, it was the September, 2001. Not to imply that I took it personally, but 9/11 happened. In addition to the fact that no one knew if we were going to survive, all any publisher wanted to sign were books about understanding Islam or how bad Muslims were, depending on the political bent of the house.

Next, my agent got sick to the point that she was bleeding from her eyeballs. She dropped me. Putting me in the unenviable position of having had 25 houses turn down As Far but no agent to champion it at smaller presses. I launched to small houses myself. For the next five years, there was not a day that three, four, five readers at small-to-medium publishing houses were not experiencing the supplication that was me trying to place my book.

The Oprah Moment for the incest book had passed. I was now shopping a difficult and “done” first novel by a writer who had no platform to speak of. Additionally, I was not getting pregnant. Then had my first miscarriage. The manuscript took up residence in a desk drawer while I had two children (a greater joy than the book deal) and straggled along feeling like not much of a writer even as I published essays, short stories, and flash fiction; even as I won two prizes for my short work.

Until 2005, when I took me and my manuscript to Centrum’s Port Townsend Writers Conference. I studied with Michael D. Collins (Keepers of the Truth). In a dream-come-true moment, Collins offered to pass my manuscript to his agent. After a few, nail-biting months, she turned me down. However, sending to her kicked off a new submission campaign that resulted in me getting as close as I may ever come to a book/movie deal.

In the end: no. I was not able to convince any publisher to debut that book at that moment.

I needed a zeitgeist.

It would be more than a decade

By this time, the manuscript needed a good weeding. I worked with the magical Laura King. However, by the time I got the revision together — new name: As Far as You Can Go Before You Have to Come Back — it was the fall of 2019. Second zeitgeist: missed. Nevertheless, I submitted this draft to more than 30 agents and: nothing. Not even that old saw, “This would be great had you a platform.”

… opening words which I was convinced would rival “Mrs. Dalloway said she would buy the flowers herself.”

I reinstated “I was watching myself from beside myself” — opening words which I was convinced would rival “Mrs. Dalloway said she would buy the flowers herself” — and went about the now-familiar process of submitting. COVID happened. Again with the Will-we-survive. I found a list of 686 agents searchable by genre and submitted to each one that accepted literary fiction. A conversation with a writer-friend resulted in a recommendation from her to Unsolicited Press, where I already had the manuscript under consideration.

As a result of the recommendation, As Far moved to the top of the slush pile and I received the mother of all acceptances.

For days, I was numb. I told my family and a few close friends, surprising myself at my distance from those conversations no matter how thrilled they were for me. It wasn’t until a week later that I began to have emotions about checking off the first, last, and only item on my bucket list.

I had one more task to complete: to formally withdraw As Far from every publisher or agent that still had the submission. In the process, the offer from Unsolicited turned into three offers.

Ultimately, I went with Unsolicited because a conversation with the publisher and editor-in-chief convinced me that we were soulmates. Like me, Unsolicited is in it for the writing, without have its head so far up the ass of art that it doesn’t know how to sell a book. Unsolicited is a firm believer in staff-driven editing, which I cannot wait to get my teeth into. Not to be ignored, Unsolicited has a strong network of independent bookstores across the country, where I buy my books. Together, we’re gonna rock it.

What kept me going through the dark times: the opening sentence in conjunction with the final image of the book.

While I am willing to admit that “I was watching myself from beside myself” might not rival Mrs. Dalloway in the annals of literature, it is a compelling sentence that speaks to every survivor out there, and the ones who love them. It reflects the state abuse survivors find themselves in until we get ourselves good help. On the craft front, the sentence is ripe with the possibility of the rest of the novel.

I won’t reveal the prose or circumstances of the final image; you’re gonna have to wait for May 27, 2023 at a bookstore near you. Instead, I will share that after 30 years of what every published author I know has gone through, the sweat, tears, joy, and angst, I still get all mushy when I so much as think about the ending. That I will finally be able to share my vision with readers makes me short of breath. I simply had to wait long enough and work hard enough to come to this place.

I wish for you the same success: the strength to work hard, the patience to wait, and the joy of the ultimate triumph. Expect the miracle. 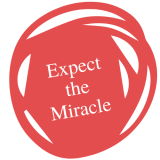 8 replies on “How I Got That Book Deal”

Thank you, Rebecca! I am inspired that you took the time to write back after reading. Love ya!

Congratulations! I’m truly happy for you!

HTank you so much. Really appreciate your support.

what stamina. Congratulations on getting a worthy book into the world!!

Thank you.Maria. I appreciate your support!

I admire your perseverance! Kudos!

Thank you, Elken. Thanks for the good wishes!